The sun is still under the horizon in the North Greenland settlement Qaanaaq at the north side of the fjord Inglefield Bredning. It will return on February 17th after three months of winter darkness. Anyway, to the South during the afternoon there is a bright stripe across the sky. Enough light for working outside a few hours during mid-day.
Therefore, Steffen Olsen and Rasmus Tonboe are now deploying a weather station and three oceanographic moorings on the sea ice across the fjord to monitor the currents and surface water stratification during winter and spring. The weather station is equipped to measure the surface energy balance and the moorings are designed to record variations in the upper ocean current shear and stratification in temperature and salinity affecting the heat flux to the ice.
The deployment is done in close collaboration with the two hunters Rasmus and Paulus who will also keep an eye on the instruments until they will be recovered in early June before break-up of the fjord ice. 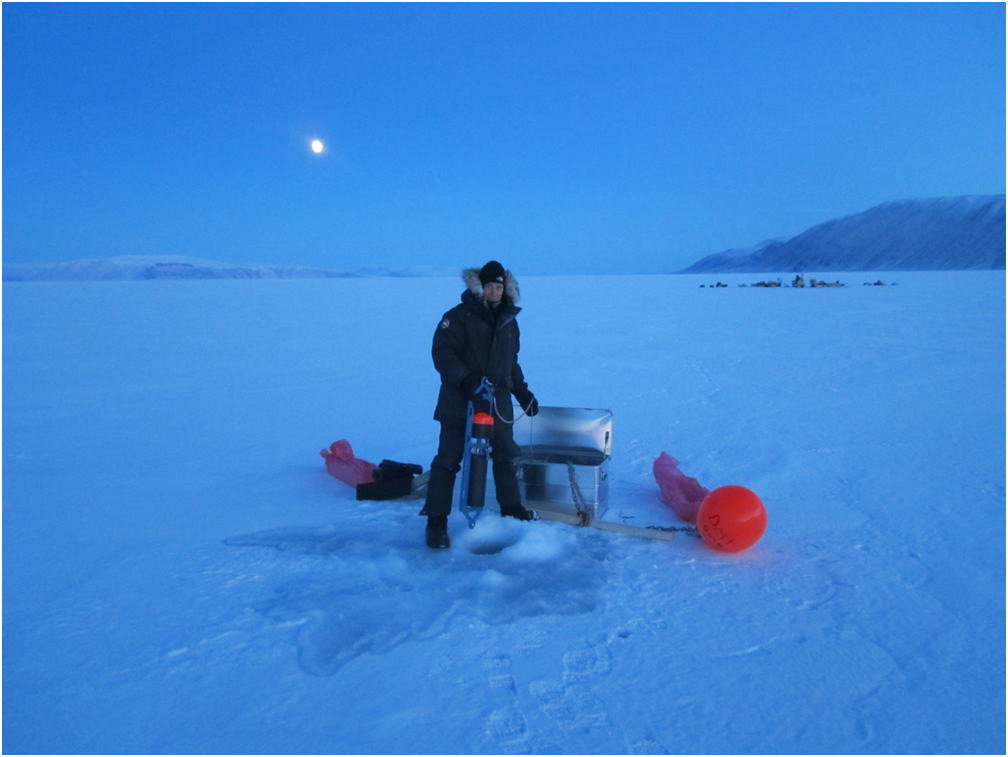 Steffen is deploying an under-ice current meter on the sea-ice off Qaanaaq, NW Greenland. The ice is 80cm thick and offers safe transport and hunting grounds for the local hunters (Photo Rasmus Tonboe).