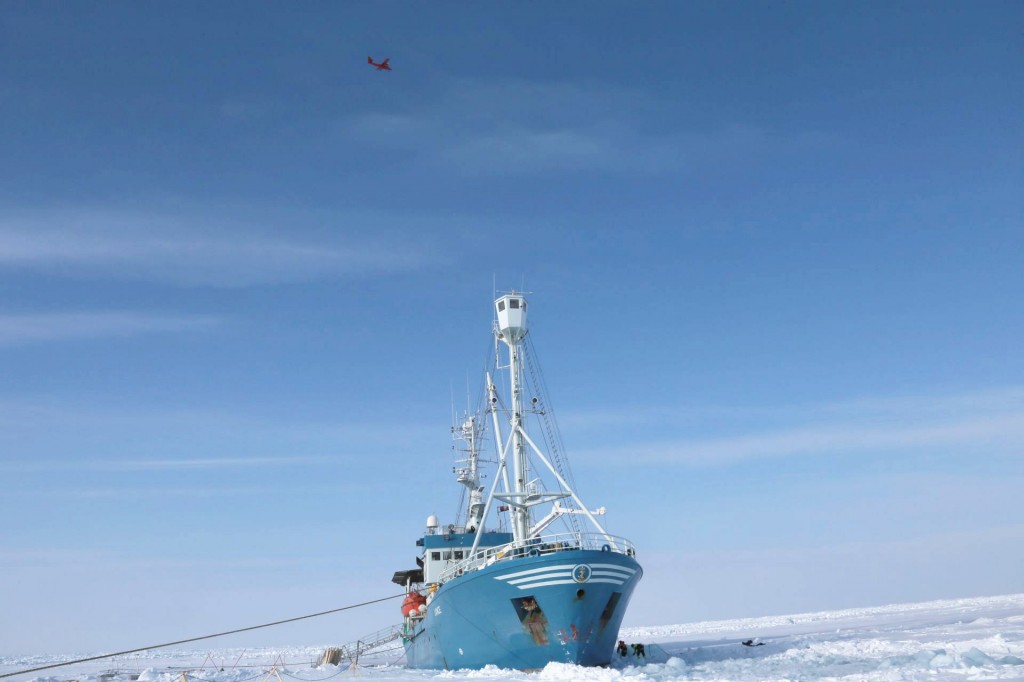 This second overflight was a collaboration between N-ICE2015 and ICE-ARC (Ice, Climate, Economics – Arctic Research on Change), an EU funded research programme for the Arctic.

A scanning laser, a radar altimeter, radiation sensors and a camera system onboard the aircraft are operated by BAS, European Space Agency (ESA) and Technical University of Denmark (DTU).

The N-ICE2015 team on the sea ice marked a calibration line that was visible from the air and flew over the line with their helicopter mounted with an electromagnetic sea ice thickness sensor. At the same time the BAS aircraft started from Longyearbyen, Svalbard, measured sea ice properties on the flight between RV Lance and the ice edge, flew over the calibration line at Lance and measured a large grid in the surroundings of the ice floe the ship is currently drifting with. 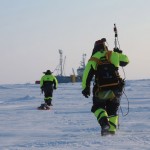 BAS is also one of the international partners in N-ICE2015, and contributes with several buoys that are deployed on the sea ice in the vicinity of Lance. The buoys measure position, physical sea ice properties, and waves propagating through the ice. The data collected by these buoys is sent back via satellite in a near real-time.

The N-ICE2015 field campaign will carry on until the end of June. The detailed ground truth measurements collected during the campaign will help to interpret the aircraft and satellite data. The combination of these 3 datasets will enable scientists to study the physical properties of the young sea ice that is becoming typical for the Arctic North of Svalbard.