Peter Wadhams (CPC) and his team have successfully completed their field trip to deploy an AUV, to measure ice thickness, south of Svalbard.  With agreement from Aleksey Marchenko (UNIS), the team were able to utilise the MV Polarsyssel in order to carry out the fieldwork.

The system has proved itself in the harshest conditions and delivered precise tracking of the AUV under the ice. 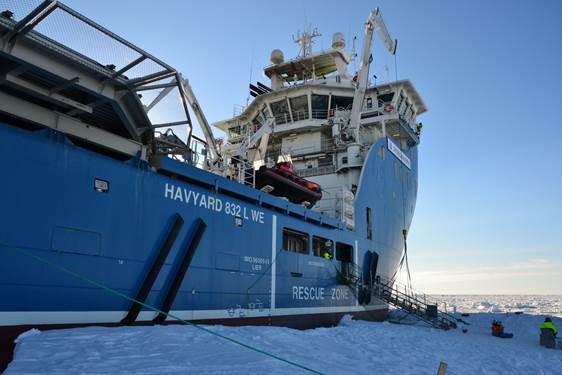 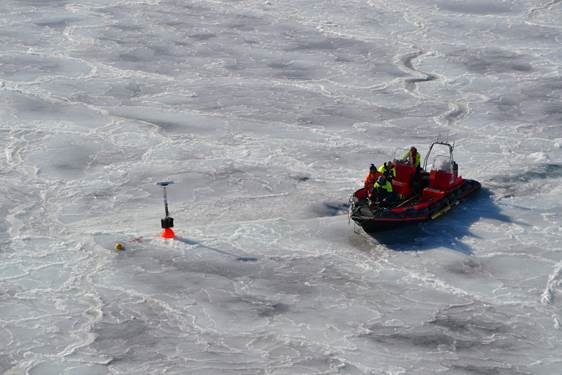 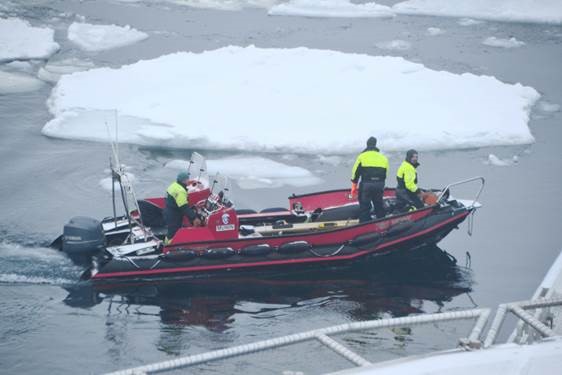 The workboat heading out for an AUV mission with the Gavia AUV to be seen in the centre of the boat.